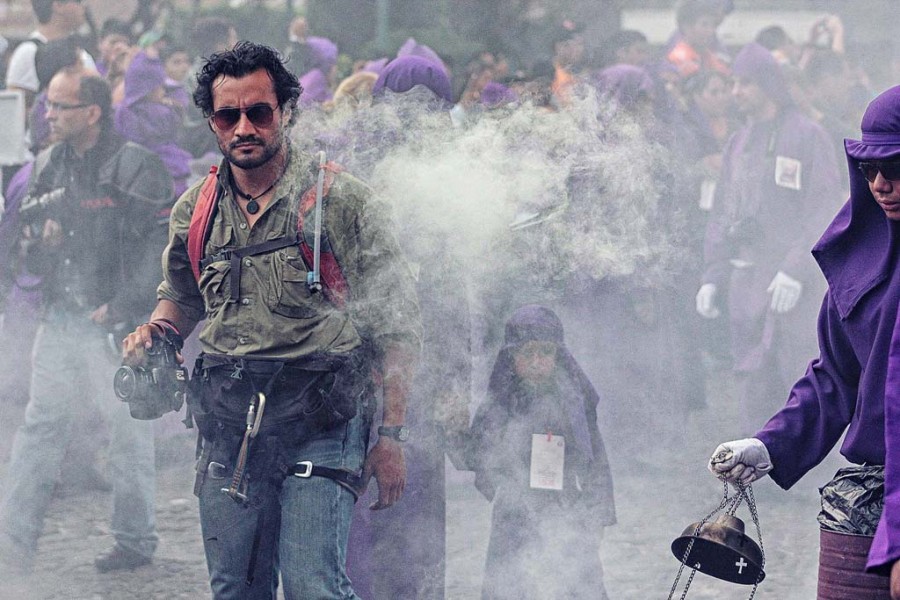 My name is Leonel Mijangos, but everyone knows me as [nelo]. I am a Guatemalan native, born in La Antigua Guatemala, a proud Antigueño who enjoys promoting the traditions and culture of my country through photography. I like to encourage people to see how blessed we are to have such cultural richness that it does not exist anywhere else.

I studied the first years of graphic design at the University of San Carlos and I dedicated myself to this profession for 18 years. I worked for restaurants, travel agencies, Spanish schools, real estate agencies and other businesses. One of the most prominent projects I worked on was the three versions of the campaign and national exhibition,  “Why are we are like we are?” of CIRMA and then of IIARS.

I worked creating 2D animation and with it one of the most relevant projects was the “Creative Corridor” for the UN that we did with Studio C of Carlos Arguello along with Marvin Barillas, Ludwing Paniagua and other friends mostly from Antigua.

I am a self-taught photographer and I started during Lent 2001 with the intention of exposure of this beautiful season to the world through the website EnAntigua.com. It is also from Lent and the massive participation of photographers at this time that I had the idea of ​​founding the Photographic Club of Antigua.   Ten years later, this photo club has played a pivotal role in initiating great activities to promote and teach photography in the city.

I continued and documented the Lent of La Antigua Guatemala for 18 years which means I hold the largest archive of photos and videos from this event. During the Lent of 2015 the Guatemalan Institute of Tourism – INGUAT – made an exhibition with my photographs entitled “Tempus Cuaresma” and from this I use the hashtag #TempusCuaresma for this time.

In 2012 I participated in the Lent photo workshop in La Antigua Guatemala given by the National Geographic Photographer Raúl Touzon. Three years later, I was invited to travel to Oaxaca as an assistant in the workshop that Raúl gives for the Day of the Dead. 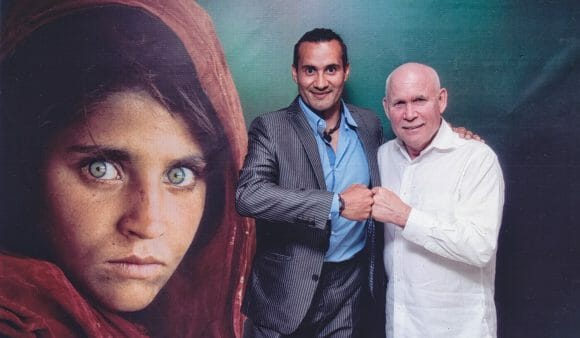 During Lent 2017 I was the photo guide for one of the 10 most recognized photographers in the world, Mr. Steve McCurry, creator of the photography of the Afghan girl, the most recognized and popular cover of the National Geographic Magazine.

Outside of Guatemala I was the official photographer and graphic designer of two swimsuit calendars with models for a USA based company and modeling agency, The Caddy Group.  Shooting locations took place in Miami, New York, South Carolina and Lake Taho, CA.  Additional locations included Lanquin, Semuc Champey and Atitlán in Guatemala.

In 2018 I received the call from Steve McCurry to go to work with him as his assistant in Oaxaca during the time of the Day of the Dead. Hired for twelve days, I was his assistant in a photographic production that not only gave me a great experience but was a great opportunity to be with this talented photographer for the second time.

Since 2015, together with Julio Benard, we are carrying out the project “Humans of Antigua,”  a project that is still ongoing that features a glimpse into the every day lives here in Guatemala.

Currently, I am still on the board of the photographic club, continuing education with lectures and workshops.  I regularly present at different institutions, schools and photography clubs always looking to promote photography and Guatemalan traditions.

Currently I integrate the main group of teachers of EFE School, a school with high quality standards, with the vision of training students with a solid base and experience to solve the technical and creative problems that photography demands in the professional world.

In February 2020 my work was featured as part of the photo exhibition, “Settimana Santa nel Mystic Guatemala” (Holy Week in the mystic Guatemala) in Rome, Italy that was organized by the Foto Sacra Guatemala community.  During this same trip I had the opportunity to gift Pope Francis a book with a compilation of images, a book I created, “Tempus Cuaresma 2019”, which included my photos from the first day up to the end of this event. That book was something representative not only of my work, but of all the effort, devotion and passion of the antigüeños. 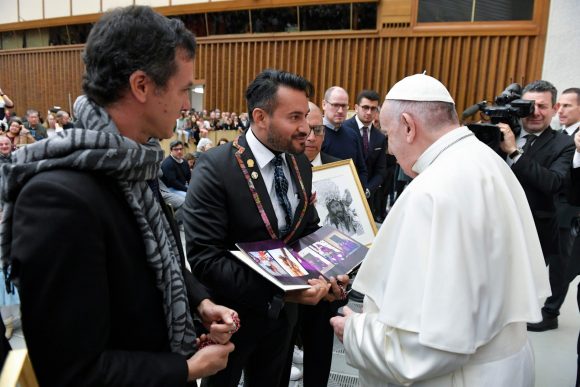 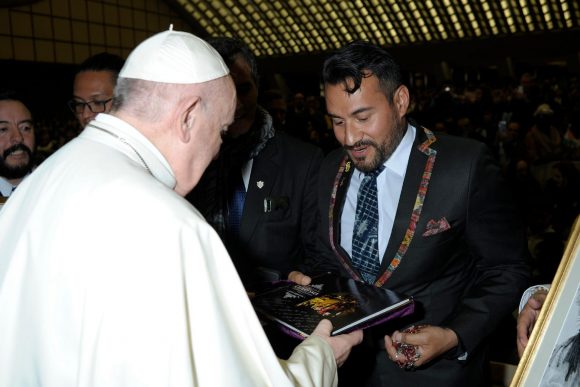 When I am not behind a camera, I love the outdoors and partaking in sports. I was part of the first 35 rugby players in Guatemala, so I could be part of the first national rugby team that participated in the first tournament “3 nations” in Costa Rica in 2009. I love running- and in 2014 I ran with Ariana Pizzatti 60 miles from La Antigua Guatemala to Panajachel for 16 hours, as part of the “Run for Water” challenge.  This was a cause that raised money for eco-filters to purify water in rural schools in the country. I am a mountaineer and I have scaled more than half of the 33 volcanoes in Guatemala as well as mountains in Chile.  I have been a swimmer my entire life and have recently taken up the sport of rock climbing.